In his recently published book The Big Humanities: Digital Humanities/Digital Laboratories (2017, Routledge), Richard Lane promises to discuss the digital humanities (dh) by looking at three things specifically: 1) an analysis of dh collaborations as labs, 2) arguing for a hacker culture in dh, and 3) discussing the transformed practices of literary studies specifically. Especially the first point made me curious to read the book, as it is closely related to my own PhD research in which dh labs are one type of collaboration I am looking into. However, the book provides little news for either of the three topics. In this blog post I will look a bit at what Lane promises to do and what he ends up doing.

END_OF_DOCUMENT_TOKEN_TO_BE_REPLACED 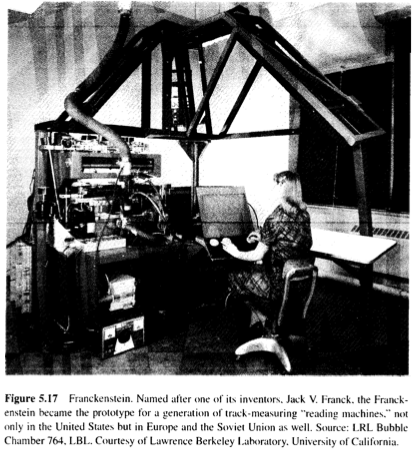 For my PhD research I will be using Galison’s concept of the “trading zone” to describe digital history projects where historians collaborate with people from other backgrounds. In his book, Image & Logic, Galison developed this concept to describe the development of the field of physics in the period of 1880s-1970s where physicists of the “image” tradition (taking photos to discover new elements) and physicists of the “logic” tradition (using statistics to discover new elements) ended up working together. What is of interest to me, besides his development of the “trading zone” concept, is that automatisation of work plays a key role in this development, and from the 1940s on the computer starts playing a prominent role, shaping the field of physics. What becomes apparent from reading this book is that the integration of the computer in physics was by no means a natural inclusion, but a process of debate and negotiation of what it meant to “do” physics and what kind of knowledge can be acquired using computers. In this blogpost I’ll briefly touch upon this debate[1]Since Image & Logic is an 850 page book, I can in no way summarise this satisfactorily in a blogpost, but I will do my best., as described in Galison’s work, and consider parallels with the debates in digital humanities (dh). Assuming dh describes a transition to include computers in humanities work[2]Zaagsma, G. (2013). On Digital History. BMGN – Low Countries Historical Review, 128(4), 3. http://doi.org/10.18352/bmgn-lchr.9344, maybe we can describe this transition of physics as “digital physics“.[3]Not to be confused with the field of physics that describes the universe in terms of information https://en.wikipedia.org/wiki/Digital_physics

END_OF_DOCUMENT_TOKEN_TO_BE_REPLACED 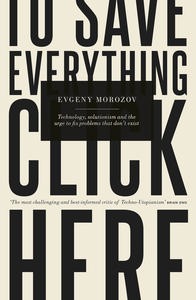 During the summer holidays I decided to read Evgeny Morozov’s To Save Everything, Click Here: Technology, Solutionism and the Urge to Fix Problems That Don’t Exist. My main reason to start reading this book was due to Morozov’s concept of solutionism, i.e. the urge to fix problems with (digital) technological means, even when unnecessary or unhelpful. Is this concept relevant for my research, or for the Digital Humanities? I’ll try to answer that question in this book review.