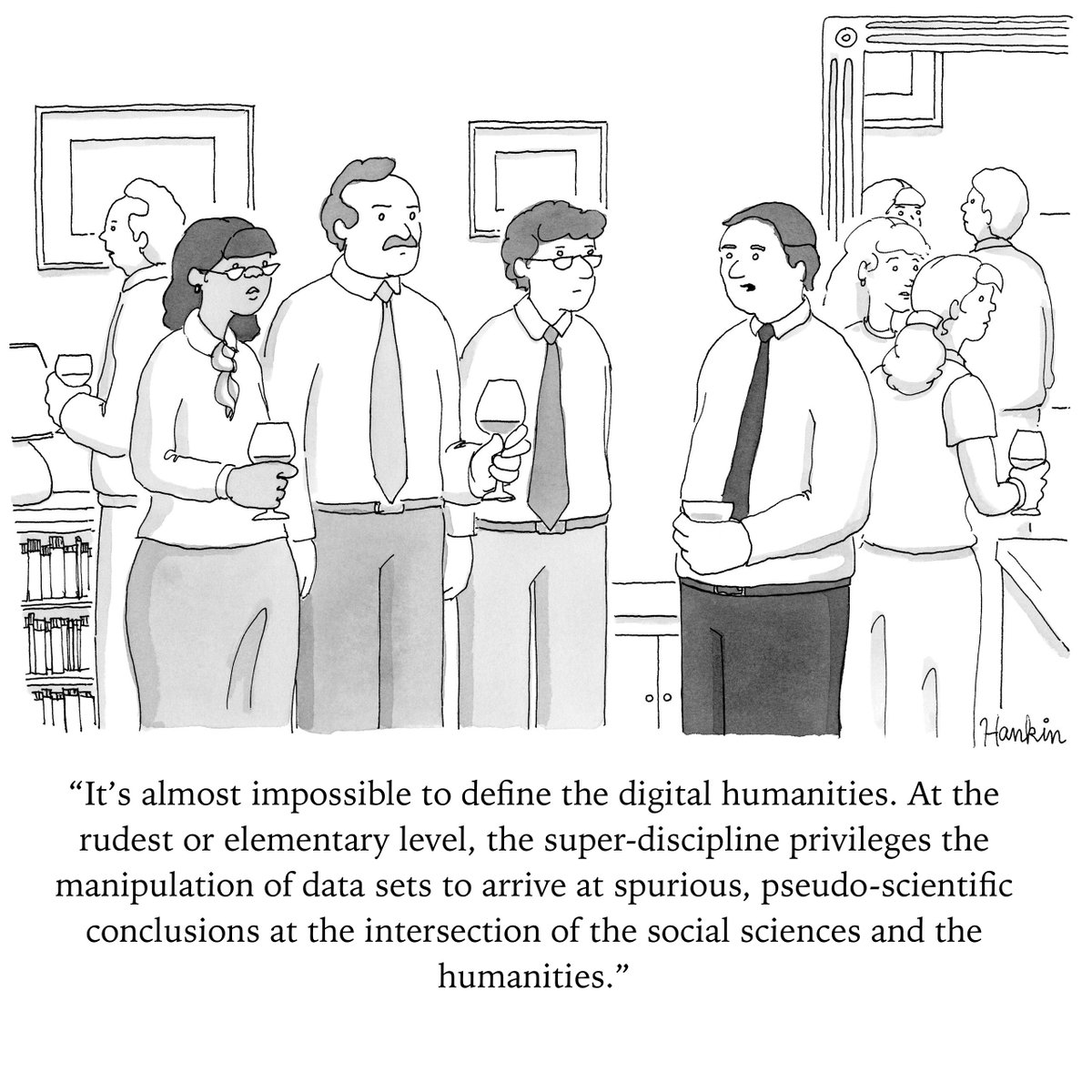 Like all great debates in DH, the return of the “what is DH” debate started off with a tweet:

It’s 2017 and still nobody knows what Digital Humanities is.

This is a recurrent question, and one might ask whether in 2017 it’s still a fair question. Indeed, in 2017 it is not so popular anymore to debate definitions of DH. As I wrote in my previous blogpost, I agree it is not always important, as I don’t think it is an important question when educating students about DH. On the other hand, one might ask whether this isn’t just evasive; we can’t define DH, so we deny the importance of that definition.  In this blogpost, I will not provide a definitive answer to what is DH, but I will argue that is remains an important question for two reasons: practical and epistemological.

First, my research is about practices of digital history,[1]Let’s assume for a moment that digital history is a subfield of digital humanities, and has comparable boundaries with the specification that the humanities scholars are historians. so I need to be able to draw a boundary of practices that fall within digital history, and ones that fall outside of it. As soon as I presented my case studies, my reviewers asked me about my methods of selection; why did I interview person A, but not person B, and where does person C stand in this entire domain. If we cannot draw a satisfying boundary, we cannot really study the phenomenon.

Now one might say “well that’s your fault for formulating your research in that way”. But let’s take a look at the following tweet:

Content aside, I am alarmed that the post you refer to elides “DHers” with “North American Lit DHers”. I’m really bored of that elision.

This too is a recurrent theme in discussions of DH; that criticisms of DH do no justice to DH, as the criticism always has to draw a boundary (just like my research), and can therefore be swept away as not covering the whole of DH. That’s not a good thing; if DH wants to be a self-reflective field, it needs to have a definable characteristic that can be critiqued. This points to the second reason.

Second, we can ask why we demarcate fields at all. A whole lot of literature exists on what academic fields or disciplines are,[2]Becher, T., & Parry, S. (2005). The Endurance of the Disciplines. In I. Bleiklie & M. Henkel (Eds.), Governing Knowledge (Vol. 9, pp. 133–144). Springer. http://doi.org/10.1007/1-4020-3504-7_9[3]Sugimoto, C. R., & Weingart, S. (2015). The kaleidoscope of disciplinarity. Journal of Documentation, 71(4), 775–794. http://doi.org/10.1108/JD-06-2014-0082 and the most important aspects can be summarised as conceptually (what a field is about) and socially (the people and their practices). Interestingly, two early examples of demarcation, from Popper and Gieryn, both do so for the same reason: to separate science from pseudo-science.[4]Gieryn, T. F. (1983). Boundary-Work and the Demarcation of Science from Non-Science: Strains and Interests in Professional Ideologies of Scientists. American Sociological Review, 48(6), 781–795. http://doi.org/10.2307/2095325[5]Popper, K. R. (1963). Conjectures and Refutations.  More specifically, a demarcation helps to separate good research from bad research, or something that is not even research at all. If we cannot say what DH is, we cannot say what counts as valid knowledge production. Again, here one might say “so what”, but this has important consequences for the development of DH. On the one hand, the recurrent debate that DH is too much method, and too little research: to what extent is this related to DH not having a defined knowledge production, so that when scholars develop knowledge, they do so in their ‘own fields’ (for lack of a better term), rather than within the field of DH? On the other hand, for lack of a defined knowledge to be produced, all that is left is method. This then separates DH only further from the other humanities both conceptually, but also socially as practitioners no longer produce valid knowledge as has been defined within their ‘own fields’. We should have a practical boundary to classify research as a valuable contribution or as nonsense. Once I drew a boundary of digital history as concerned with creating digital infrastructures for historical research, one reviewer stated that “in that case, digital history is not history“. Maybe this meant my boundary was too strict, or maybe it is actually true; right now, it is impossible to answer that.

A definition for the future

In short, if we want to do DH, if we want to improve DH, and if we want to have valid knowledge production in DH, we need to be able to state what DH is. If we want DH to remain embedded in the humanities, if we want DH to be funded, and if we want DH to be part of the Academy at large, we need to be able to state what DH is. In the 1980s, the Netherlands saw a wave of the field of alfa-informatics, but as it was deemed a mere ancillary science who’s goals were better suited by commercial companies, it fell away in budget cuts.[6]Zundert, J. van, & Dalen-Oskam, K. van. (2014). Digital Humanities in the Netherlands. H-Soz-Kult. If we cannot practically draw a boundary of DH, if we cannot explain what knowledge is produced by DH, how will we prevent DH from the same fate? Let’s not assume that because we don’t find it very interesting anymore to talk about what is DH, that the question will go away by itself.

1 thought on “Why do we need a definition of DH?”