On Wednesday November 28th, the PoliMedia project team gathered to discuss our progress and decide about the future directions of the project. Each partner presented their achievements of the past 6 months, which is the first half of the project-timespan. An interface designer was invited to lead discussion about the interface and to develop wireframes.

The aim of PoliMedia is to enable analysis of media coverage of political debates, by linking the debates in parliament (Dutch Hansard) with newspapers (National Library), radio bulletins (National Library) and television programmes (Netherlands Institute for Sound and Vision).

Damir Juric (TU Delft) presented his algorithm for linking the debates with media coverage. So far, the focus has been on linking newspaper articles with the debates, for which the algorithm is as good as finished. The next step is to evaluate the links manually by reading the debates and articles thoroughly, so that final tweaks and improvements can be made to the algorithm. Another step is to create links with the Academia dataset of NISV.

Jaap Blom (NISV) presented the first fundamental work on the portal with which the end-user will interact. Not focussing on the design, the search functionality worked, surprisingly fast, as well as the filtering mechanisms. An interesting finding in the development was that the original RDF-store was too slow to function as a searchable database. Instead, a Solr index is used, which allows for very fast querying.

Max Kemman (EUR) then presented the user research; five scholars (from a very diverse range of backgrounds and interests, but all focussing on politics) were interviewed to gather insights in how they search data and what their wishes would be for the PoliMedia system. The resulting 43 user wishes were evaluated by all involved projectpartners using the MoSCoW method, after which decisions were made about which user wishes will be implemented and which not; 20 user wishes will be implemented, the other 23 were deemed out-of-scope or were impossible to be implemented. Although this might sound like a bad result, it is interesting to see how potential end-users view a system without being concerned with technical possibilities and difficulties. These user wishes can then be reconsidered for similar or future projects.

With a working linking algorithm, a working search interface, and a good overview of what the end-users want, an interface designer was invited to combine this into a design for the PoliMedia portal. Comparable search interfaces were discussed, and all participants were invited to draw sketches of how they imagined the PoliMedia portal. In the upcoming weeks, the interface designer will create wireframes on which the final PoliMedia portal will be based. With the first half of the project being about researching the foundations, the second half will focus on implementation and evaluation. 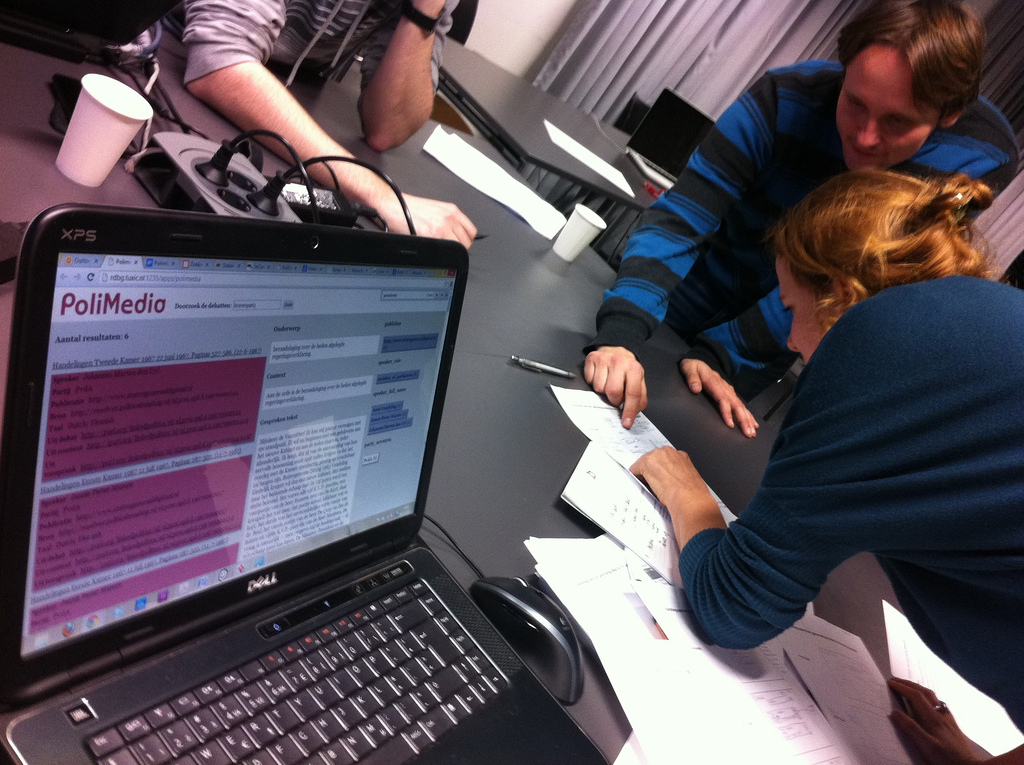 This blogpost was crossposted on the NISV R&D blog, see here.